Baker and Taylor March Books at the Stockton Branch

Affair, The” by Danielle Steel, romance. A fashion magazine executive navigates a
scandal involving her son-in-law’s affair with a Hollywood actress, while her daughters
support each other through infidelity, commitment issues and personal secrets.Bounty, The” by Janet Evanovich, mystery/detective. Straightlaced FBI agent Kate
O’Hare and international con man, Nick Fox, reluctantly team up with the fathers who
taught them everything they know to prevent a shadowy international organization from
claiming a fortune in Nazi gold.

Code Breaker, The: Jennifer Doudna, Gene Editing, and the Future of the Human Race
” by Walter Isaacson, non-fiction. A portrait of the Nobel Prize-winning scientist
explores the impact of James Watson’s The Double Helix on her career and how her
team’s invention of CRISPR technology enabled revolutionary DNA-editing approaches
to fighting disease.

Haunted Hibiscus” by Laura Childs, mystery/detective. When their literary haunted
house costume party is disrupted by an untimely double attack, Indigo Tea Shop
proprietress Theodosia Browning and her sommelier, Drayton, investigate suspects
including a man with a claim to the Bouchard Mansion property.

Red Book, The” by James Patterson, suspense. Launching an investigation of his own
when his instincts tell him that more is behind a political shooting on Chicago’s west
side, SOS Detective Billy Harney uncovers a spate of murders connected to his troubled
past.

Remember: The Science of Memory and the Art of Forgetting ” by Lisa Genova,
psychology. The Harvard-trained neuroscientist and the best-selling author of Still
Alice presents an exploration of the intricacies of human memory that distinguishes
between normal and concerning memory loss while explaining the profound roles of
sleep, stress and other contributing influences

Till Death” by William W. Johnstone, western. This latest entry in the Have Brides, Will
Travel series follows the misadventures of drifters-turned-lawmen, Bo Creel and Scratch
Morton, as they attempt to safely deliver a new group of mail-order brides to New
Mexico territory.

Win” by Harlan Coben, suspense. A high-suspense follow-up to the best-selling book
The Boy from the Woods is presented from the viewpoint of Myron Bolitar’s fan-favorite
sidekick, Windsor Horne Lockwood III.

World Without Email, A: Reimagining Work in an Age of Communication Overload”
by Cal Newport, business and economics. The best-selling author of Digital
Minimalism and Deep Work outlines recommendations for business leaders on how to
maximize a working team’s professional productivity by improving administrative
support and streamlining digital traffic. 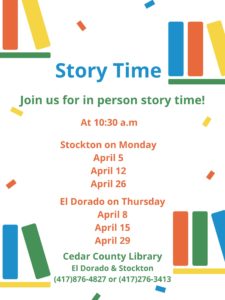